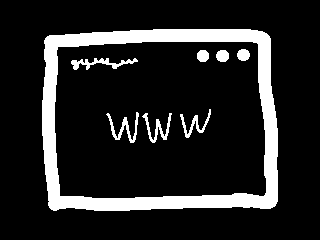 the website infrastructure has undergone two major changes recently, which was needed since the last rewrite[0] was two years ago now and isn't satisfactory anymore

i have replaced it with the gemtext format borrowed from the gemini[2] project which is much simpler to parse and render, this has *significantly* reduced the size of the templates, the css, and the ssg. as a byproduct i am now also able to host a gemini mirror of the website free from any extra code

i also changed hosts to a vps provider so instead of forcibly re-uploading every file via ftp, i can run a script on the server via ssh to pull the latest version of the github repository, build it, and copy the output to the lighttpd www/ and agate gemini/ folders

i think halving the size of the already small ssg isn't very productive if it relies on node.js, a very heavy javascript engine, to function. now quickjs[4] has been on my radar for a while but i've never had an excuse to use it until now, think of it as the tcc for node

i rewrote the ssg to use quickjs's (much simpler) api and tested until i got it running locally, once it was done i installed qjs on the server, merged into master, and ran the publish script and nothing changed whatsoever*

*in the end i manually converted every .md file to .gmi by hand and spent a week on it